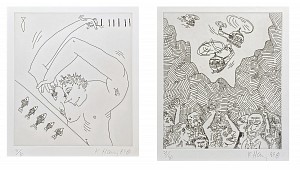 Learn more about our recently acquired pair of engravings from one of the most important and influential American contemporary artists Keith Haring. 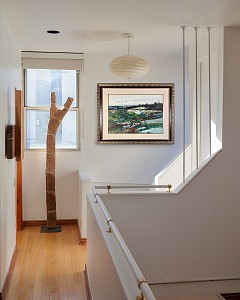 Go in depth with one of the most notable artists in American history, Andrew Wyeth (American, 1917 - 2009). We are featuring a major, large scale painting Upland Country, 1939 available at Kodner Gallery. 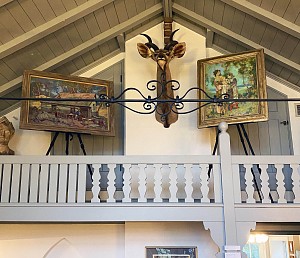 We had so much fun with everyone who attended An Evening at Home with Fred Green and Mildred Bailey Carpenter, but if you missed out on our one night only, exclusive exhibition, you can check out our feature in the Webster-Kirkwood Times! 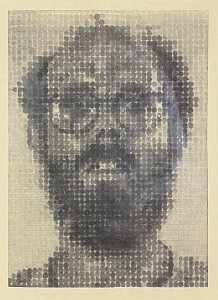 His impact on modern and contemporary American Art is unmatched. You can instantly recognize a work by Chuck Close, as his innovative portraits have been staples in museums, institutions, and private collections across the world. 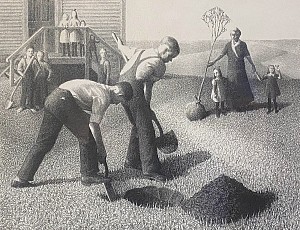 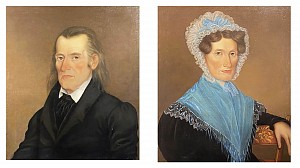 We are taking a closer look at an exquiste pair of portraits by America's Artist George Caleb Bingham (American, Missouri, 1811-1879). 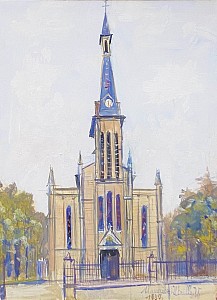 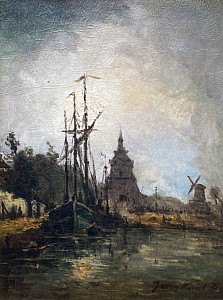 This week, we are delving deep into one of the masters of emotive light, Johan Barthold Jongkind (Dutch, 1819-1891).

We're taking a closer look at his gorgeous painting Fishing Boats painted in 1876 and learning more about why Jongkind is considered the forefather of Impressionism. 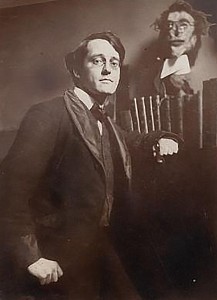 John Sloan studied at the Pennsylvania Academy of Fine Arts, Philadelphia, from 1892 to 1894. He sold his first canvas at the age of 14. He regularly worked as an illustrator for newspapers such as the Philadelphia Inquirer and the Philadelphia Press, but he also designed advertising and taught himself the technique of engraving. On the advice of Robert Henri, he moved to New York in 1904 and subsequently became a member of The Eight. Sloan was politically active and joined the Socialist Party in 1910; he stood for election to the New York State Assembly the same year but was defeated and stood again in 1915. He trained at the Art Students League in New York in 1916 and was elected president in 1931 but resigned the following year to join the Archipenko School of Art. He joined the League again in 1935. In 1929, he was elected to the National Institute of Arts and Letters. His teaching has influenced a whole generation of artists.

Kodner Gallery presents Trash or Treasure at the Mirowitz Center

Kodner Gallery presents a Trash or Treasure event at the Mirowitz Center!